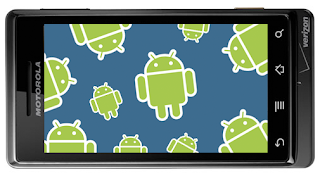 Anybody who has been to our office knows I am an Android fan. My prediction is that the Android platform will end up with a much, much larger install base than iPhone OS. Originally, I felt this way because you can get a Android phone on every carrier for a lower cost than the iPhone - many of them are now free with a contract. This is good enough, but I have a new insight. The Android OS does a great job of directing your attention to highly important information. As such, its easier for new users to pick up and for busy people to use. How can this be? You should argue that the the Android OS so similar to the iPhone OS. You are right. However, it comes down to usability. The majority of people out there won't explore their device to find information. They just want the phone to do the work for them. If it doesn't smack them in the head it might as well not exist. Android has two crucial features that make it a helper more than just a smart phone.


First, Android brings important information to you in a non-intrusive way. If I get an email, phone call, SMS, or IM it see it on the very top in the tool bar. I can choose to ignore it or look at it. Its up to me. iPhone OS requires me to scan all of the badges on my desktop to find important updates.

Second, Androids have a back button. Its not the escape hatch home the iPhone and iPad have, but a button that lets you go back one step. I can explore my apps knowing that if something goes wrong I can jump back one step rather than completely starting over.

So its a helper and allows me to explore things without running into trouble. That's a good user experience.