We don’t have time for all of these meetings! 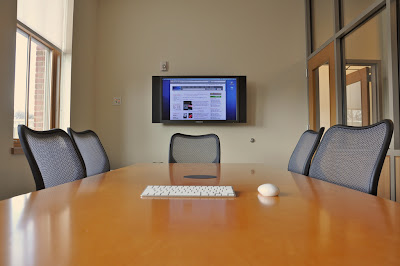 The majority of people who develop software utilizing agile practices find that they spend much less time in meetings than they did before they discovered Agile thinking. However, time and time again teams that I have coached hear about Scrums (stand-ups) and half-day iteration planning meetings quickly exclaim, “We don’t have time for all of those meetings. What’s wrong with our weekly status meeting?” Frankly, a lot.

This meeting phobia, in my experience, stems from the fact that people aren’t accustomed to using communication as a tool in order to solve problems, build good architecture, and complete work. Secondly, they likely scarred by meetings that meander and are longer than they are useful.

Initially people think scrums are simply status meetings. A weekly status meeting covers status, but leaves little time for problem solving. As a project manager I have to admit these meetings are actually for the project manager’s convenience. The team is generally really bored during them. Additionally, for these teams, problem solving must be done alone or with whomever happens to be around when one finally gives up and asks for help. Both scenarios take longer than Agile teams can solve problems. Those doing scrums often discover blocking issues within half a day or less. Whenever a team member brings up a barrier, somebody either knows how to solve it on the spot or volunteers to troubleshoot it after the scrum. For effective teams, barriers melt away in hours rather than days.

Admittedly, half day planning meetings are really hard to get through - especially for those with attention span issues. Despite the length, these meetings allow the team to use the collective brainpower to build good, solid architectures. Because everybody is present and contributing, less effort is wasted along the way on well-intentioned gold plating and accidental work on non-productive tasks. This pattern also frees the team from endlessly repeating the project’s lore through out the project. Collectively this is at least a 4 hour time saver per team member.

On traditional teams the project manager spends their time planning, status reporting, and helping out with emergencies. On Agile projects the team plans the work during the iteration planning meeting. For these teams status reporting responsibly is shared by the while team. The team members report progress in a simple fashion (such as moving story cards around a board or dot audits). The project manager collects status and packages it in a short amount of time. Anything more time consuming is likely a bad smell that should be discussed in the next retrospective. This leaves the project manager, who often have significant contextual information, free to break down barriers to the team’s progress.

Agile teams do meet more often than traditional teams. However, these meetings are focused, short, and valuable. These are also the only meetings most team members ever attend. If you are doing agile work, but are avoiding planning meetings and scrums you might be missing all of the benefits available to you.